This is a significant update to FEC. Here is a list of what’s new

FEC now has a Post-Acquisition Actions menu that appears at the conclusion of an acquisition.

This opens the Post-Acquisition Actions page that allows certain operations based on the specifics of your acquisition. 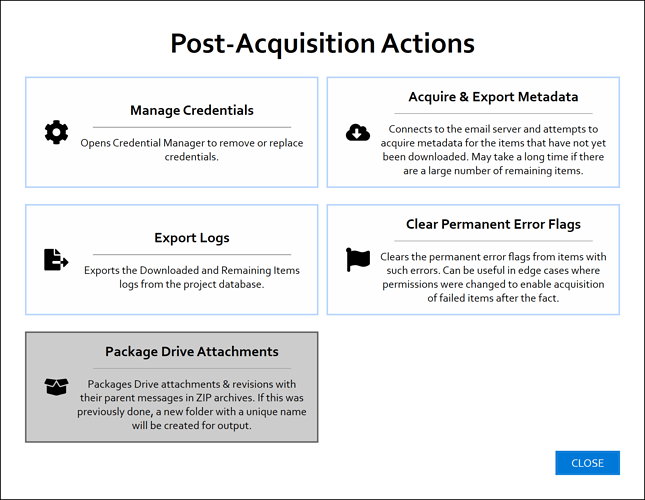 FEC now has a dedicated UI for managing project credentials post acquisition. There is also a new setting on FEC’s Preferences Page that controls whether FEC automatically closes acquisition projects.

The Automatically close projects option is selected by default and controls whether FEC automatically clears credentials in successfully-completed acquisition projects.

If you choose to turn this feature off, you can manually clear project credentials using the Credential Manager. 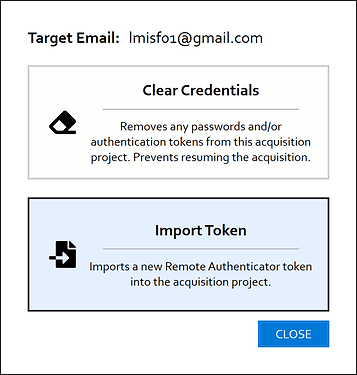 With resource key support, you can now acquire files that were affected by Google’s link-sharing security update to Drive without having to disable the security update.

We have also improved FEC’s logging during Drive acquisitions to reflect the raw responses from Drive API more clearly.

This helps prevent running out of disk space completely, which could leave your acquisition project database and output PSTs in an inconsistent state.

* Note: We typically recommend item-level output (EML/MSG) for such tasks.

An additional Post-Acquisition Action to clear permanent error flags is now available. Permanent error flags are markers FEC uses to identify items that will not be retried due to the nature of their errors—such as 404 (not found) and 403 (forbidden) errors.

Please refer to FEC’s Changelog below for a list of the remaining minor improvements. You can download the installer here.