We have released FEC v3.81 today. The main focus of this update is addressing Yahoo / AOL authentication challenges the eDiscovery & digital forensics community have been facing. Let’s dive right in

FEC now supports authenticating with Yahoo / AOL via OAuth 2—albeit in a bring-your-own-credentials manner.

The authentication workflow, at least in this initial version, is slightly different than what we do for Google and Microsoft. Specifically, after the authorization within the web browser, Yahoo / AOL presents a 7-digit code which is entered into FEC. This only happens during the initial authorization process, and looks as follows: 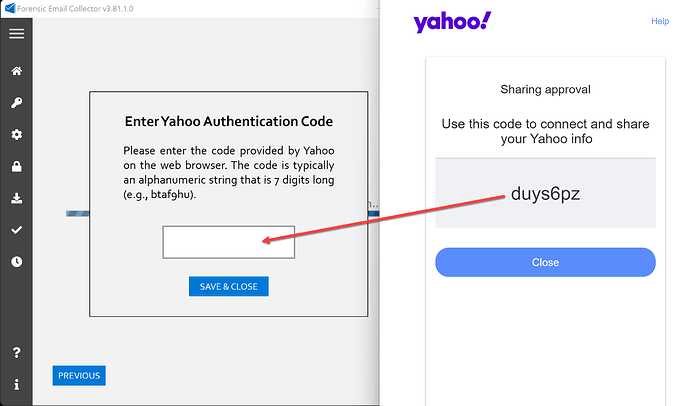 What Does BYOC Mean?

Along with OAuth support, we have also extended FEC’s custom token import functionality to make it possible to import and use external authentication tokens during Yahoo / AOL acquisitions.

You can grab the installer